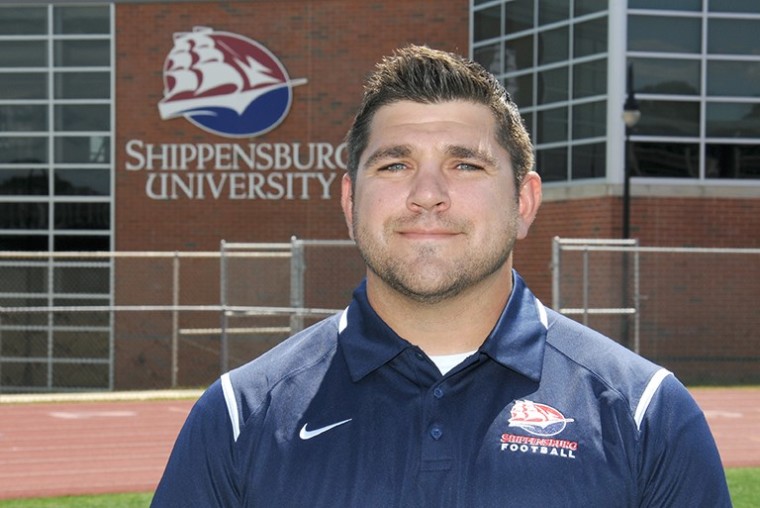 Josh Finafrock is in his fourth season as a volunteer assistant coach with the Shippensburg University football team in 2018. His coaching focus is with the Quarter Backs and Wide Receivers.

Last season, Finafrock instructed a group of wide receivers that included the 2017 Pennsylvania State Athletic Conference (PSAC) Eastern Division Freshman of the Year, Winston Eubanks. He is the only freshman and one of just nine SU players in history to finish a season with 10 or more receiving touchdowns. Eubanks was one of four Red Raider wide receivers with 10 or more receptions on the season; he ranked second in the nation in yards per reception (26.71) and eighth nationally in receiving yards (1,202).

In 2015, Finafrock oversaw a receiving corps from which six different men caught at least one touchdown pass. A total of 10 Red Raiders had at least one touchdown reception in 2015, including Sheldon Mayer ’15 – a multi-talented pass catcher and return specialist who became just the second player in SU history to earn five All-PSAC First Team awards in a career (joining NFL standout Brent Grimes).

Finafrock is a veteran coach at the high school level, having spent the 2013 and 2014 seasons as an assistant coach at Central Dauphin East High School. With the Panthers, he specialized in offense and worked with the quarterbacks.

For 10 years, beginning in 2003, Finafrock was an assistant coach at his alma mater – Waynesboro Area Senior High School. He worked with former SU assistant coach Darwin Seiler, serving as the offensive coordinator from 2005-12 and also as a coach for quarterbacks, linebackers and the secondary.

Finafrock was a dual-sport athlete at Juniata, playing four years of football and baseball. With the Eagles, he played quarterback and linebacker and served as a long snapper on the football team and was a pitcher on the baseball team. His performance on the field and in the classroom resulted in Middle Atlantic Corporation (MAC) All-Academic Team honors.

Finafrock lives in Waynesboro, his hometown, and works in alternative education. He earned his bachelor of arts in secondary education, concentrating in social studies, from Juniata in 2003. He also holds a master of education in sports management (coaching and athletic management concentration) from Millersville University, achieved in 2011.